Down tools lads - on yer bike!

At Epixx HQ we have been looking for ways to further our charitable giving. So when our friend and rep Miki came to us asking for support with an event in memory of her late husband, we were very keen to help out (it also helped that we like riding bikes too!).

Part of our team took a break from home cinema installation and invited some friends to raise money for her chosen charity Manorlands Sue Ryder Hospice.

Our team of riders took on the 50mile very hilly (as it turned out!) route on the 21st of July 2019. The weather was beautifully sunny with only a light wind which kept us cool, though towards the end a few raindrops were felt they didn’t dampen the mood or the finishers BBQ!

We have so far raised approximately £200, if you would like to add to that total please do.
Thanks – Team Epixx

We have included Miki’s story below:…

When she lost her husband, Chris, to cancer last October, Miki Mitchell was devastated. She’d lost the love of her life, her best friend and the most amazing father to their two children but, in one respect she was lucky, she had the support of the Sue Ryder Manorlands Hospice and now, one year on, Miki is supporting them – bringing a hundred entrants to the Manorlands fund-raiser, the Brontë Sportive.

“My cycling journey started in February 2018,” Miki explains, “when we were told that Chris had Stage 4 Bowel Cancer after no symptoms and all that would be available for him was palliative care. It was a death sentence ? literally – at fifty-nine. Chris was adamant he would stay at home – die at home. It was a terrible thing to get our heads round, especially as, at the time, he didn’t feel ill. For thirty years, we’d been so active – off to the caravan with the kids every weekend, jet skiing and mountain biking, scuba diving and snow skiing in the winter and then, all of a sudden, there we were, sitting in our front room, facing the end. Chris looked at me and he said, ‘you know you’ll go loopy stuck here looking after me. Promise me, you’ll get off on your bike twice a week and start now.” Miki told an old friend, Christine Swale, what Chris had said and, as chance would have it, Christine was a member of an all-women cycling club, the Queensbury Queens of the Mountain. Miki went along and she’s never looked back.

“Cycling is wonderful therapy,” Miki says. “Cruising along in your own little bubble, thinking things through, maybe having a cry, talking to Chris and then someone comes up beside you and you get chatting and before you know it, you’re having a laugh – and we always finish up with tea and cakes. Cycling’s good for the soul and good for friendship – the Queensbury Queens of the Mountain have been my lifeline.”

“At the end of 2017, Chris got a pain in his kidneys. The doctor sent him for a scan and that’s what showed up the cancers. As I say, he didn’t feel ill at the time but, over the next few weeks he did. He started a course of chemo at Airedale and that made him sick. His pain got worse, he’d no energy and, in the spring, he had to give up work. The MacMillan staff were brilliant. They sorted out benefits and all the other things you’d never think about and then our GP suggested Sue Ryder Manorlands Hospice. Chris was adamant he was staying at home but that wasn’t a problem. When Joanna from Manorlands came over to see us she just said, ‘home is best, don’t worry about a thing, we’ll look after you’. And she did. She was lovely. Manorlands brought Chris specialist nursing and pain management, even complimentary therapies, and there was financial advice and counselling for both Chris and me.”

Miki was so moved by the help she and Chris received from Sue Ryder that, when Chris passed away last October, she made up her mind to help them. She raised donations for the hospice at Chris’s funeral and, when she took the money in to the office, conversation soon turned to cycling. For eight years, Sue Ryder had been organising an annual fund-raiser, The Brontë Sportive and, there and then, Miki said she would help. She negotiated a partnership with the Queensbury Queens of the Mountain and, when the event takes place this year, on 21 July, entries will be boosted by over a hundred Queens bringing their entrance fees and individual sponsorships.

Sue Ryder Manorlands Hospice has become the Queensbury Queens of the Mountain’s charity of the year and they’ve already raised £1,300 even before the Sportive. Miki is totally involved in the project, selling Sue Ryder cycling jerseys and persuading Queens members who are not entering the event to bake cakes and help out at the food stations. The Sportive, sponsored by All Terrain Cycles is a tough but fun event and, with four distances to choose from ranging from 29 miles to 93 miles, it’s open to all abilities but, for those who like an extra challenge, there’s a timed hill climb ? the Chris Mitchell Memorial Hill Climb – a fitting tribute to a much-loved and much-missed husband and dad.

“Sue Ryder needs to raise 2.1 million pounds locally to be able to continue the amazing care it provides each year,” says Miki, “so please dust off your bike and join us on 21 July so that when someone else finds themselves in a situation like Chris, Manorlands can be there when they need them most.” 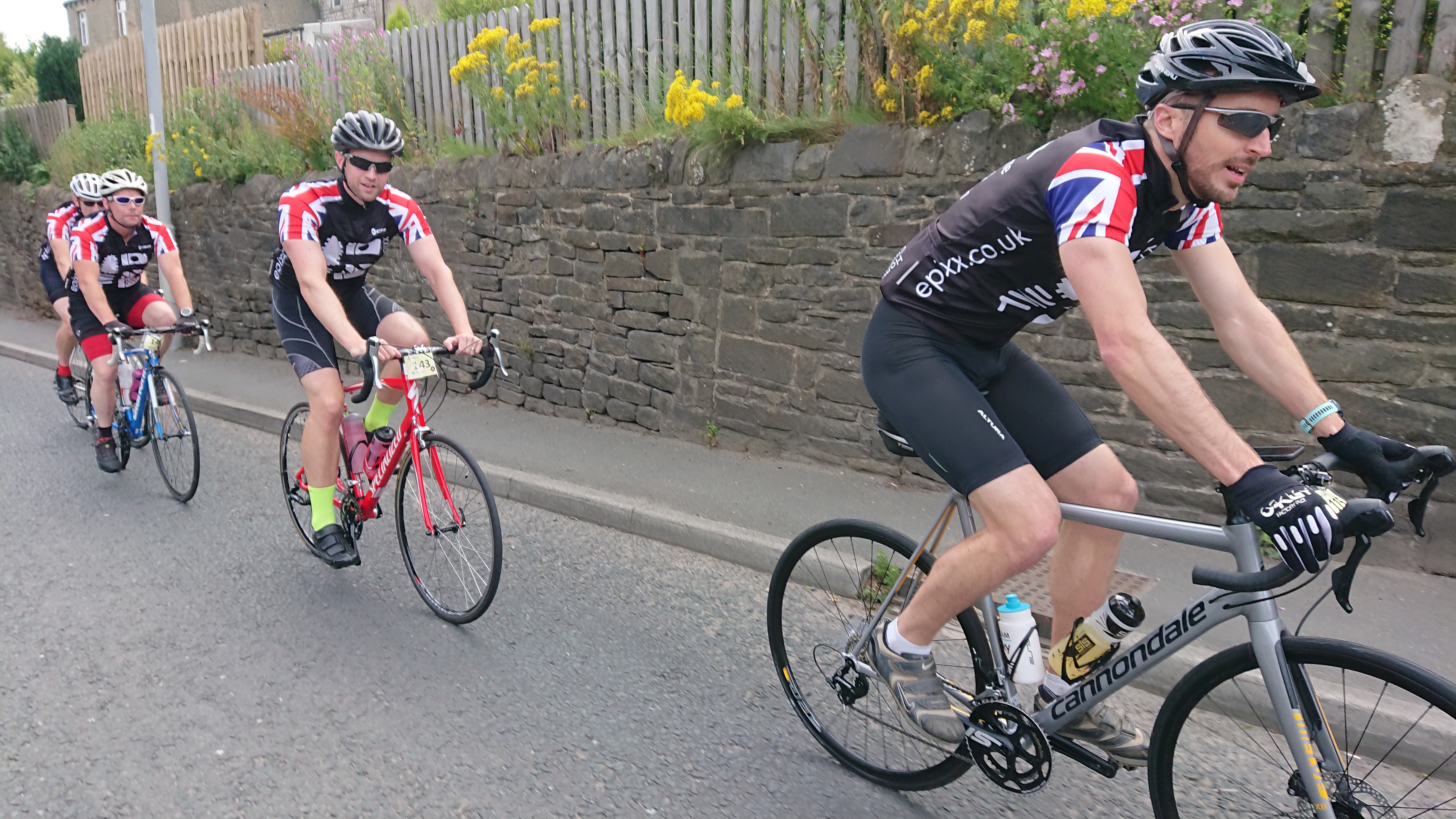 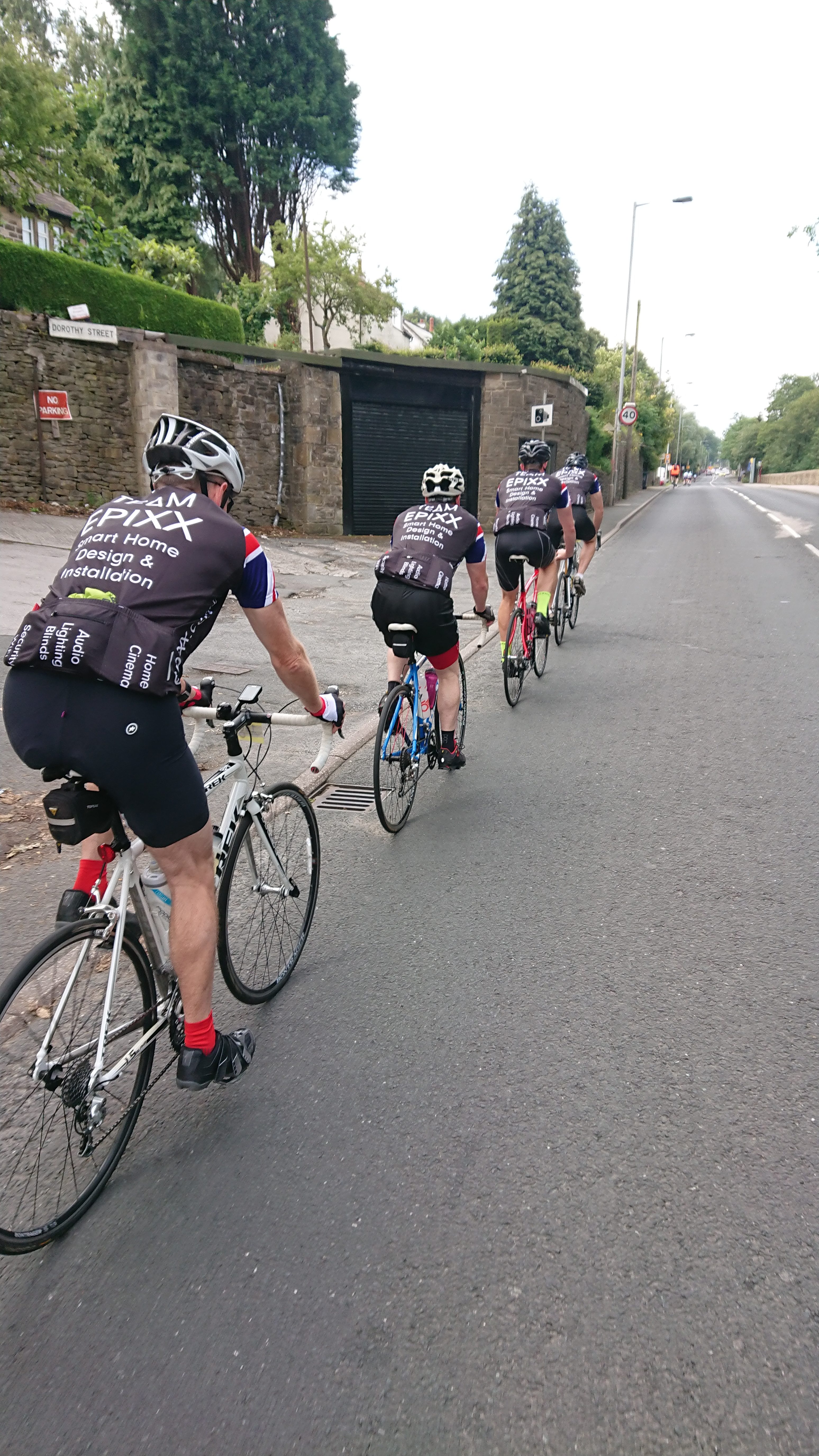 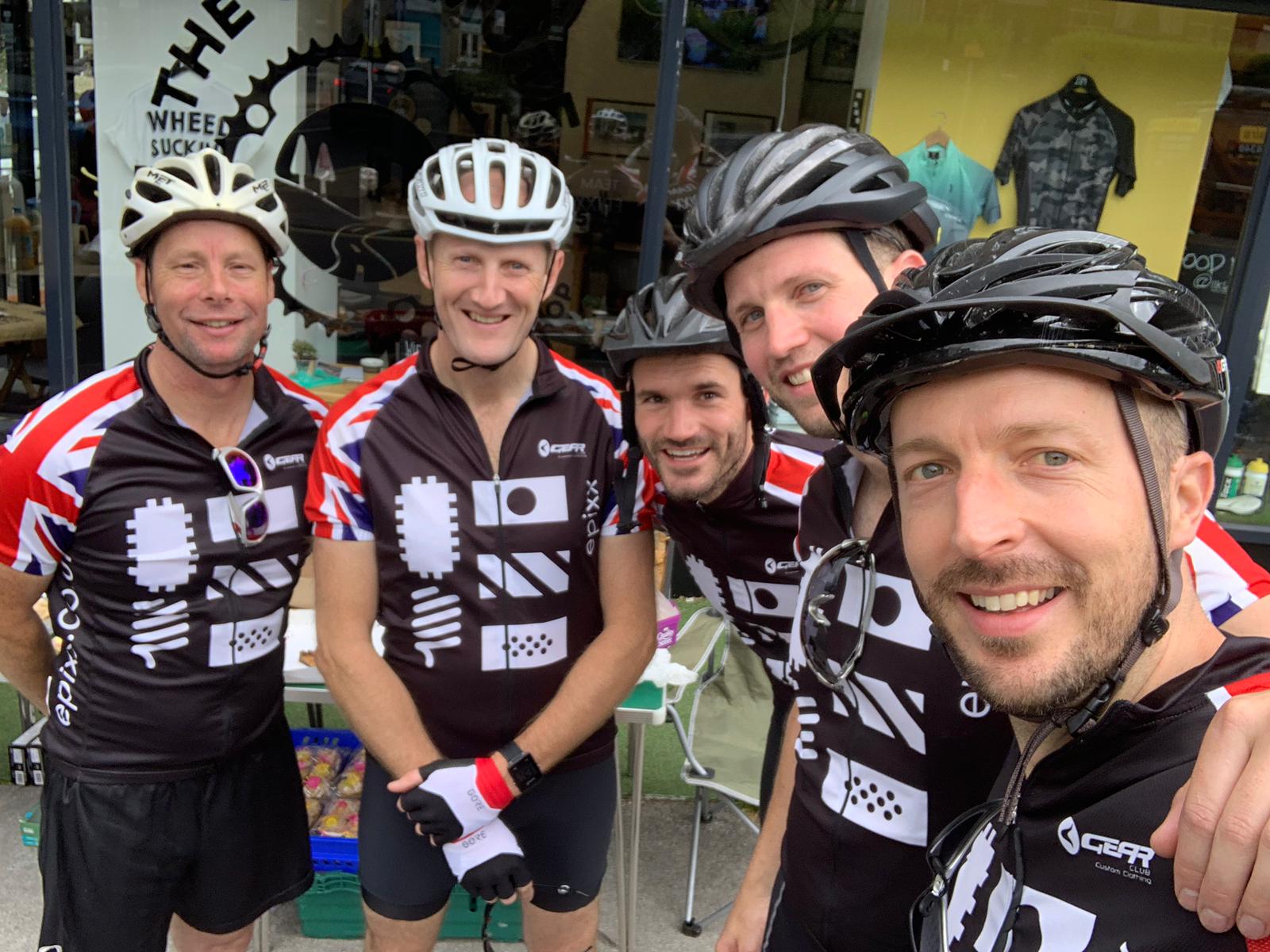 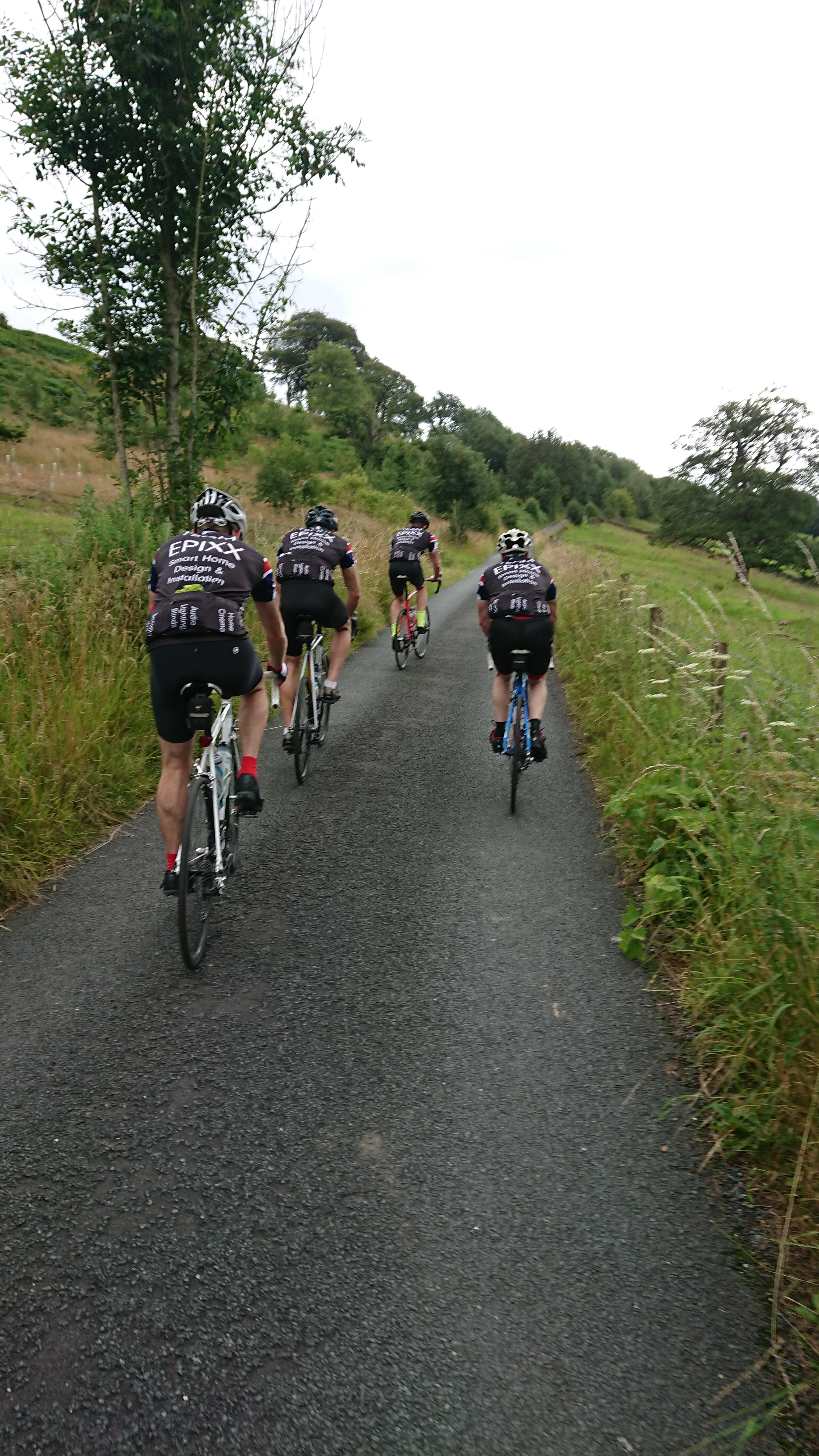 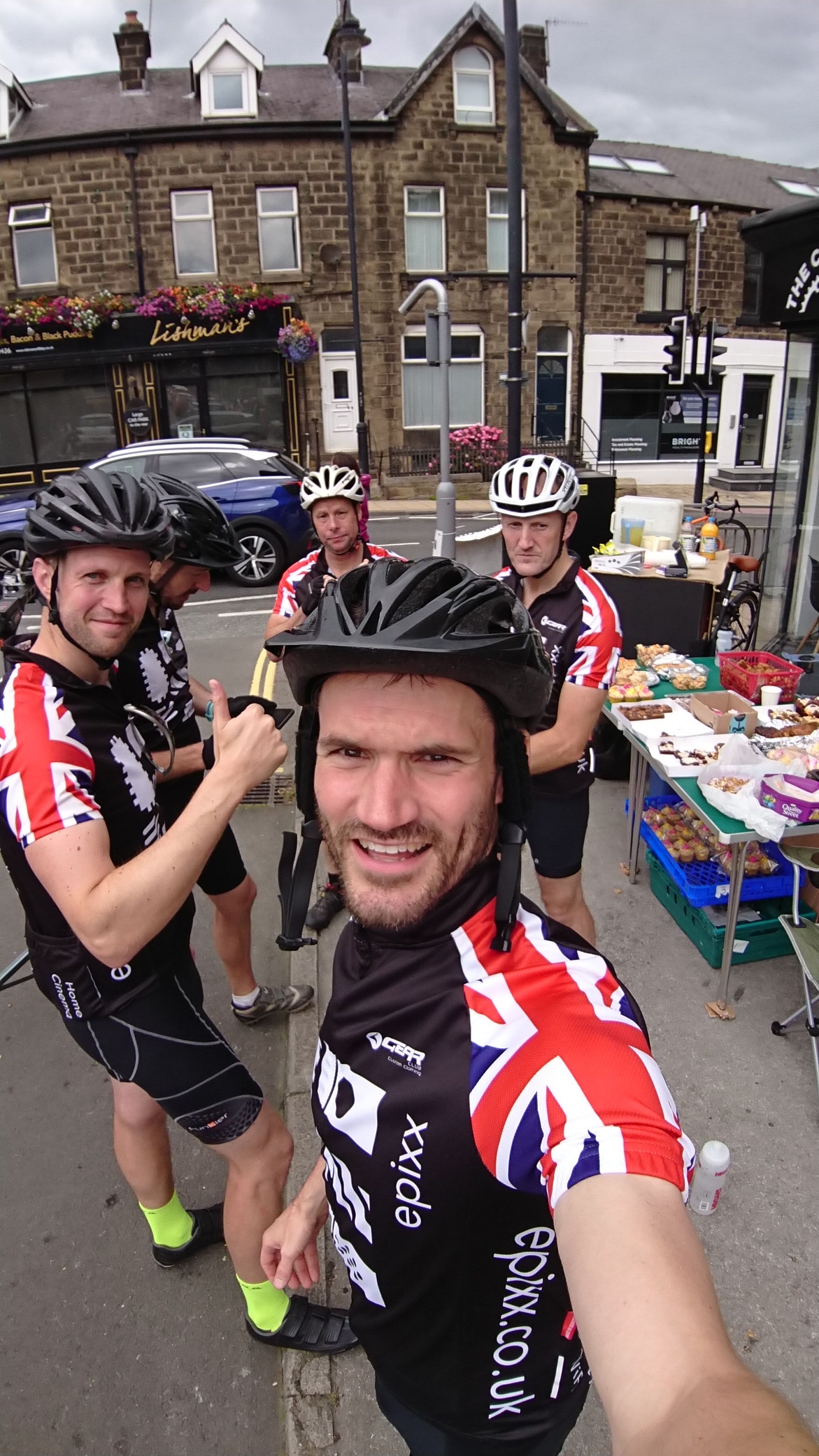